The Board of Trustees, consists of nine members who represent the Corporation in all matters and ensure the Corporation remain financially sound by understanding and directing the finances of the Trust. The Board of Trustees meets on a monthly basis. Get to know our trustees by clicking on their name or picture and learning more about their background within TBS and their lives outside our organization. Also, feel free to contact them using the contact information posted above their biography. 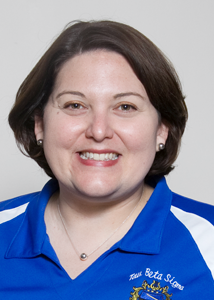 Dawn was initiated into the Omega Chapter at the University of Arizona in 1997 and has since served the Sorority at the Chapter, District, Alumni, and National levels. While a student, Dawn was a Music Education major and active in multiple ensembles on campus (playing clarinet and French horn) while she served as Chapter Parliamentarian, VPM, and President, as well as Western District VPM and President. Upon graduating, Dawn served TBS as the Colony Advisor to the Omicron Chapter and in the Western District Joint Alumni Association (WDJAA) where she was VPP and President. She joined the National Council in 2006 as the VPCR and served as VPSP and VPCM before serving as National President in the 2011-2013 biennium. Dawn has been on the Board of Trustees since 2011, and has held the Secretary, Vice Chair, and now Chair positions. Of all her Tau Beta Sigma involvement, Dawn is most proud of adding “The Affirmation” to the national song list (as VPSP), contributing to the design and production of the Wava Memorial Ceremony and Garden (as President and IPP), and solidifying the future of the TBS scholarships (as a Trustee). Dawn is an Honorary Member of TBS through the National Chapter, WD, MWD, SWD, NCD, NED, and Beta Eta; she holds Honorary Membership for KKY through the National Chapter, WD, MWD, Psi, Beta Omicron, and Omega. Dawn is also a member of TBSAA and the 1946 Club. 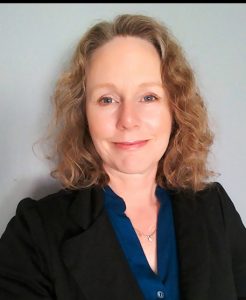 A member of Tau Beta Sigma since 1992, Kris has been active in Sorority leadership at the local, district and national levels. Her experience includes 9 years as Counselor for the Western District, 4 years as a member of the Board of Trustees, author of the National Memorial Ceremony of TBS, and presenter of workshops on various topics to district and local chapter members. She was initiated into the Omega Chapter at the University of Arizona.  Kris is also an honorary member of the Western District and National chapters of  Tau Beta Sigma and of Kappa Kappa Psi, the Alpha Chi chapter & Southwest District of Tau Beta Sigma, and the Omega Chapter of Kappa Kappa Psi.  She was the 2017 recipient of the Stanley G. Finck Memorial Award in recognition of her spirit of joint cooperation.

Professionally, she is a Medical Laboratory Technician for Oro Valley Hospital in Oro Valley, Arizona. 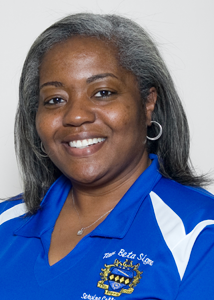 Rosalyn obtained a 2nd Bachelor Degree (2001), Master Business Administration (2004), Master Compliance Administrator Certification (2008).  Rosalyn resides in Grand Prairie, Texas and is currently the Procurement Manager for the North Tarrant Infrastructure, LLC in Fort Worth, Texas.  Rosalyn is responsible for the solicitation, evaluation and execution of contracts for the firms supplies, materials, subconsultants and subcontractors needed to ensure the company is equipped to design and build some of the largest highways in North Texas.  She also volunteers as an Alumni Intern Coordinator with the Dr. Emmett J. Conrad Leadership Program, as liaison to the Senator’s Executive Director. 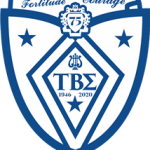 Bio to be added. 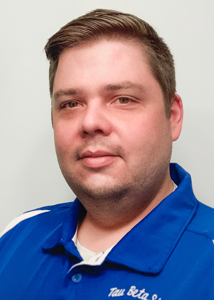 Jason Dornbush is the Museum Services Project Manager for Edwards Creative in Milan, IL. In this role Jason manages a variety of projects for museum and corporate environments.

Jason has over 10 years of experience working in museums and non-profits. He brings a unique perspective to the projects he manages. Jason has worked for the Museum of Science and Industry in Chicago, Illinois as a Robot Specialist where he traveled to the United States with the Robot Revolution exhibit and helped develop a collection management plan to maintain and ensure the functionality of robot collection. Jason also worked for the Grout Museum District in Waterloo, Iowa as the Outreach Coordinated where he led the development, presentation, and evaluation of outreach programs.

Jason is a Life Member of the Zeta Nu Chapter of Tau Beta Sigma at the University of Northern Iowa..

Jonathan L. Markowski currently works as an Audit Support Manager at the Office of the State Auditor for the Commonwealth of Massachusetts. He is a Certified Government Auditing Professional (CGAP) and Certified Fraud Examiner (CFE). He earned a Master of Science degree in Management with an Accounting concentration from Bridgewater State College and completed his undergraduate degree at the University of Massachusetts, where he was a featured rifle soloist with the “Power and Class of New England” Minuteman Marching Band. Jonathan previously worked as an auditor with the Defense Contract Audit Agency and as a teacher of high school mathematics.

Jonathan served as the 37th National President of Tau Beta Sigma and presided over the convention at Oklahoma State University in 2019. A Life member of the Delta Delta Chapter, Jonathan was initiated in the Fall semester of 1996 and served in various chapter and district leadership roles in his time as an Active member. He was elected to the National Council in 2011 and subsequently each of the elected National Vice-Presidencies. As NVPSP, he originated the “Focus on Five” Campaign.

Jonathan is originally from and still resides in the suburbs of Boston, Massachusetts, where he continues to support marching bands and color guards. He continues to perform locally, spinning rifle with the New England Pride Color Guard and playing the oboe in the Abington Community Band. 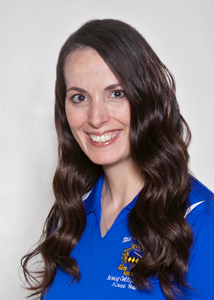 Originally from Paonia, Colorado, Adrienne Rall attended the University of Nebraska at Kearney where she earned a Bachelor of Arts Degree in Music with a minor in psychology in 2006. During her time at UNK, Adrienne participated in many musical ensembles including the Kearney Area Flute Choir, the UNK Wind Ensemble, and the UNK Symphonic Band where she played both flute and piccolo. She also participated in and became Color Guard Captain of the University of Nebraska at Kearney’s Pride of the Plains Marching Band. Adrienne was initiated into the Theta Mu Chapter of Tau Beta Sigma in the fall of 2002. As an active member of the sorority, she held many leadership positions in her chapter, most notably her two terms as Chapter President. After her graduation, Adrienne became involved in the Midwest District Alumni Association, serving one term on the steering committee and two terms as Vice President of Programs. At the end of 2009, Adrienne, wanting to continue to serve the sorority and its active membership, became a Life Member of Tau Beta Sigma and, in April of 2010, became the Midwest District Counselor. Currently, Adrienne lives in Kearney, Nebraska, with her husband, Lance, and their two spoiled cats. In 2009, she was able to reach one of her lifelong dreams: Becoming a professional photographer. However, when not working on her business, Adrienne also enjoys working as a color guard choreographer and coach for several area high schools as well as the University of Nebraska at Kearney because it gives her the opportunity to interact with and to help influence young people in her community. 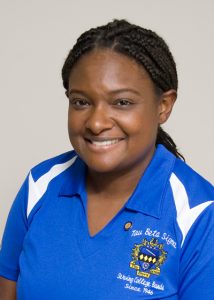 Erika Pope was initiated into the Theta Theta Chapter of Tau Beta Sigma from Henderson State University on October 25, 1999. As an active member of the organization, she served in various leadership roles including chapter Vice President and chapter President, as well as Vice President of Colonization and Membership for the Southwest District (2005-2006). She was on “The Showband of Arkansas” drum line where she was on the cymbal line, the bass line and the snare line in which she is proud to say she is one of only a few female snare players in the history of The Showband. She also was a member of the HSU Concert and Symphonic bands, and played auxiliary percussion for “The NuFusion Project,” which is HSU’s jazz fusion ensemble.

Upon graduating from Henderson in 2005, she earned a Bachelor of Arts Degree in Mass Media with a focus in radio/television broadcasting and a minor in music. Throughout the years, she has continued to serve Tau Beta Sigma in various capacities such as workshop presenting, advising committees, serving as a colony advisor/installing officer and from 2009-2015, served as the District Counselor for the Southwest District of Tau Beta Sigma.  She is a Life Member of both Tau Beta Sigma (2007) and Kappa Kappa Psi (2016) and also holds Honorary Memberships in a variety of local chapters in both organizations. In her spare time she likes running, road trips, watching movies, reading novels and rocking out on the drums with her party band The Big Dam Horns. Erika currently lives in Memphis, TN and works for the Department of Music at Rhodes College as the Musical Arts Coordinator.