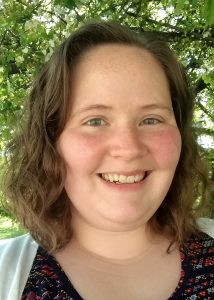 Shalyn Guthery is a Life Member of the Theta Xi chapter of Iowa State University. As an Active member, she held a variety of chapter positions including Public Relations Chair, Vice-President, President and Secretary/Treasurer for the Midwest District (2011-2013). Shalyn graduated with a B.S. degree in Bioinformatics and Computational Biology in 2013, and a M.S. degree in Computational Biology from Carnegie Mellon University in 2015.

Over the years Shalyn has maintained an active Alumni presence, serving on National committees and as President for the Midwest District Alumni Association. In addition to attending District and National events, Shalyn is also currently serving as Assessment Committee Chair.

In her free time, Shalyn enjoys participating in the Iowa State University Alumni Band, creating through crafts and code, exploring off the beaten path, and taking pictures of her two kitties – Pixel and Ambre. Shalyn currently lives in Des Moines, Iowa and works for Source Allies as a Software Engineer and Data Analytics Consultant. 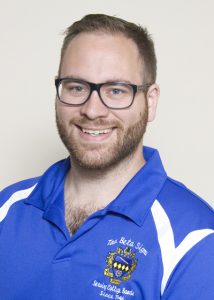 Zachary T. Rebarchek is a Life member of Zeta Delta at the University of Kansas, where he graduated with a Bachelor of Science in Business Administration, with concentrations in Entrepreneurship and Technical Communications. During his undergraduate Zack performed as a member of the Marching Jayhawks, University Band, Volleyball Pep Band, Women’s Basketball Pep Band, and Men’s Basketball Pep Band as a Euphonium and Trumpet player.

In his professional life, Zack is Lead Manager at Regal Entertainment Group’s Southwind 12 Cinema. He also volunteers as Program Coordinator for the American Legion Boy’s State of Kansas Leadership Academy. In his free time, Zack can be found jogging on the scenic nature trails of Northeastern Kansas or relaxing with a good book.

Carrie Webster attended Illinois State University, where she double majored in Food Science and Nutrition & Family and Consumer Science Education. She was initiated into the Zeta Alpha chapter in the fall of 2009. She served as chapter president for 2 years and also as the North Central District President for 2 years. She graduated from ISU in 2014 and now works at Limestone Community High School in Bartonville, IL as a Family and Consumer Science Teacher. Carrie also got married in October of 2014 and she and her husband Mitch live in East Peoria, IL. Carrie enjoys cooking and baking, reading and snuggling with her 3 cats. 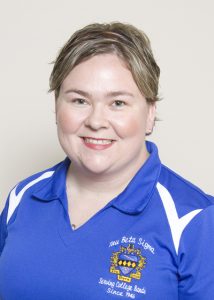 Upon graduation, Kellie earned a Bachelor of Science in Aerospace Engineering. She currently works for GE Aviation as a Manufacturing Engineer & Project Manager. Kellie and her husband, Ryan, an alumnus from the Upsilon Chapter of Kappa Kappa Psi, have two children, Patrick and Charlie. In her free time, she enjoys reading, running, spending time with friends, and stargazing with her telescope. She and her family reside in Cincinnati, Ohio.Kellie Leitz was initiated into the Theta Chapter of Tau Beta Sigma at the University of Cincinnati on March 2, 2003. During her time as an undergraduate, Kellie served in various roles including Clarinet Section Leader, Band Corresponding Secretary, Theta Vice President of Service, and Theta President. At the district level, she had the opportunity to serve as a Convention Coordinator, as well as, North Central District President. Currently, she is an active participant in the UC Band Alumni Association and holds the position of Treasurer. 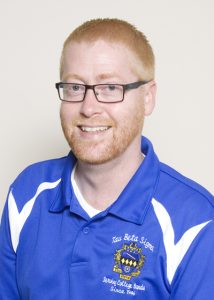 Dr. McCadden is a Life Member of Tau Beta Sigma (Eta Sigma) and Kappa Kappa Psi (Iota Delta). He earned undergraduate and graduate degrees at Towson University, and a Doctor of Education degree at Pennsylvania State University. He is an Associate Professor of Behavioral Sciences at the Community College of Baltimore County, where he teaches courses in Psychology, Sociology, and Counseling. At CCBC, Ted is also active in student activities and serves as advisor for two thriving student organizations.

Ted is a licensed counselor and is active as a researcher and consultant in both counseling and education. He is an honorary member of Phi Theta Kappa National Honor Society and Tri-M National Music Honor Society. Ted performs regularly with vocal and instrumental groups, and currently serves on the Boards of Directors for two performing groups in the Baltimore area. 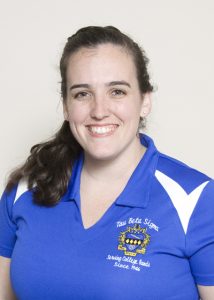 After graduating with a Bachelor’s of Philosophy degree (2012) Allison pursued a Master of Public Health degree from Boston University’s School of Public Health with a concentration in Global Health (2014). Allison received a Santander Universities scholarship to work with the Society of Emergency Medicine of India to begin a long-term research project aiming to improve patient outcomes by strengthening Emergency Medicine residency programs.Allison is one of the Northeast District Counselors for Tau Beta Sigma. She is a Life Member of the Eta Gamma Chapter at Boston University. As an Active and student member, Allison served the organization in various leadership roles including Chapter officer, Northeast District Vice President of Special Projects (2011-2012), and Northeast District President (2012-2013). While at Boston University Allison participated in the Concert, Pep, and Marching Bands as a bass clarinet and alto saxophone player and Drum Major her senior year.

Allison currently resides in her hometown of Matawan, NJ where she works in physician and healthcare management. In her free time Allison enjoys exploring new places, seeing live music performances, going to the beach, listening to audiobooks/podcasts, and spending time with family and friends. 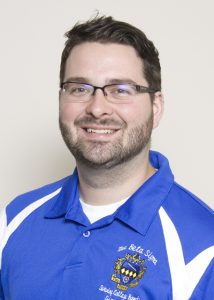 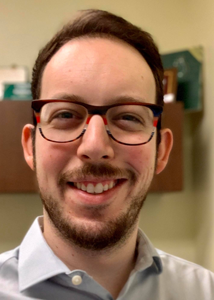 Neil Bleiweiss was initiated into the Alpha Omega Chapter at Florida State University (FSU) in Spring 2011. After joining the ranks of Alpha Omega, Neil went on to serve as the chapter Ritual and Regalia Chair for two years, and then on the chapter Executive Board as the Membership Chair in his last semester. During his senior year, Neil served the Southeast District as Parliamentarian, and has since become a Life Member of Alpha Omega, as well as an Honorary Member of the Southeast District.

Neil earned his Bachelor of Science in Psychology with minors in French and Philosophy from Florida State in 2014, and his Master of Arts in Global Sustainability with a concentration in Sustainable Tourism from the University of South Florida (USF) in 2017. Neil works as a Coordinator of Preadmissions and Outreach at USF Health, where he recruits new students for the various health programs (medicine, pharmacy, etc.). When not working, Neil can be found on stage in various musical theatre productions, and he loves to travel, read, and relax at home with his cat Quincy. 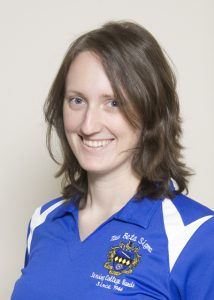 Kelsey became a member of TBS Omega at The University of Arizona in 2008, and a life member in 2010. As an undergraduate, she was active in The Pride of Arizona Marching Band, Pep Band, University Choir, and Chamber Choir. Before being appointed as the Western District Secretary/Treasurer, she was Omega’s Alumni Secretary and Sisterhood Committee Chair. As an alumna, she has served as the Chapter Adviser for the Iota Upsilon Chapter at St. Augustine University, a charter member of the Western District Joint Alumni Association, and most recently as a Chapter Visitation Assistant for the Southeast District.

Kelsey currently holds a degree in Interdisciplinary Studies with a focus in Special Education and Deaf Studies, while fulfilling her lifelong dream of being a stay-at-home-mom in Raleigh, NC. In her free time, Kelsey likes to play board games, binge watch Netflix, follow college sports with her family, and reduce her carbon footprint by #GoingGreen. 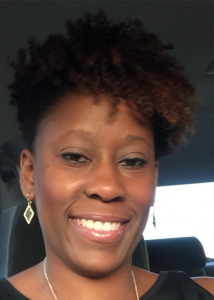 Amber Scott was initiated into the Theta Upsilon Chapter of Tau Beta Sigma at Winston-Salem State University (WSSU) on April 6, 2001.  While marching in the band, she was on the  Silky Smooth Flag line. As an active member of the organization, she served in various leadership roles including Treasurer, Vice President and chapter President.  In 2011, she assumed the role of Campus Advisor for the Theta Upsilon Chapter and in 2013 she became Sponsor.  She continues to serve in this position.  Amber is also a Life Member of Tau Beta Sigma.
Amber graduated from WSSU in 2004 with a Bachelors of Science Degree in Nursing. She currently works as a Nurse Educator in Greensboro, NC. She is married to the love of her life, Reggie, who is a member of the Kappa Lambda Chapter of Kappa Kappa Psi.   When she is not teaching or serving in her church, she enjoys spending time with her family and traveling with her husband to see other bands. 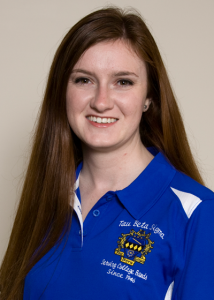 Ashlyn was initiated into the Psi chapter of Tau Beta Sigma at the University of Arkansas on November 11, 2011. During her time as an active member, she held various leadership roles including chapter Historian and Vice President for Membership Education. She also served as the Southwest District Vice President for Membership for two years. She received The Baton in 2016 for her outstanding service to the sorority as a student leader.

Ashlyn earned a Bachelor degree in Social Work in 2016 and immediately began an accelerated graduate program. She graduated in 2017 with a Master in Social Work from the University of Arkansas and is now a Licensed Master of Social Work. She is a practicing therapist located in Austin, Texas. In her free time, Ashlyn enjoys spending time with her family, exploring new cities, hiking, and listening to podcasts. 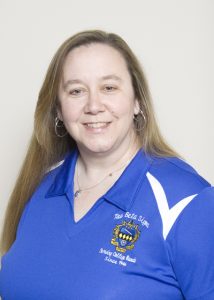 Kathy has had an active Sorority history. Holding various offices at the chapter level, including Chapter President. Kathy furthered her services at the District level including District President and Treasurer. Kathy has also held the office of Finance Director in the Southwest District Alumni Association.Kathy Webster is a life member of Epsilon Beta at Texas A&M University – Commerce. Kathy has a Bachelors of Business with a double major in Finance and Accounting. Kathy has pursued a career in Accounting, and is a now high level accountant at a growing manufacturer in East Texas. 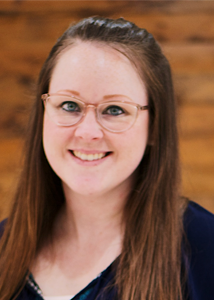 Katie was initiated into Tau Beta Sigma in the fall of 2006. During her time as an active member, Katie served as the Band and Community Service Coordinator and Treasurer for her chapter. Upon graduation, Katie joined the Tau Beta Sigma Alumni Association and Southwest District Alumni Association. She served on the SWDAA Board of Directors in various roles- including serving three terms as the Chairperson. From there, Katie was elected to the TBSAA Executive Council where she served as the Programs Chair and then as the Chairperson for the Executive Council.

Katie currently lives in Richardson, Texas with her husband, Christopher and her daughters, Charlie and Claire. When she isn’t teaching mathematics to her sixth-grade students, Katie can be found volunteering at her church, spending time with her friends and family, and playing board games. 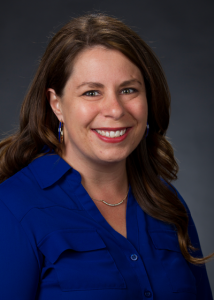 Upon graduation in 2008 with her Master’s degree in Counseling and Student Services (with a specialization in Higher Education), Alexis was appointed to the Tau Beta Sigma National Committee on History and Archives, where she assisted the National Historian on matters pertaining to the organization and maintenance of historical documents. She worked with other committee members on grant proposals for archival purposes and participated in Archives Work Days at Stillwater Station.

In her professional life, Alexis has assisted college students in obtaining their career and educational goals, most recently as an Academic Counselor for the College of Science and Mathematics at California State University, Fresno. She is an active freelance bassist for local community and professional musicals and plays French horn in community band.  When she is not at work or performing, she can be found playing quiz games at local restaurants, listening to podcasts while running on the trails of the nearest park, and traveling as much as possible. 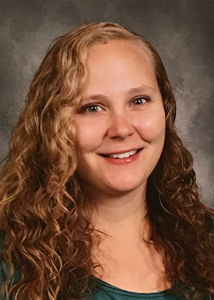 Sarah attended the University of California Los Angeles, where she studied music history and minored in Spanish. During her time there, she enjoyed playing clarinet in marching band, and she was initiated into the Epsilon Kappa Chapter in spring of 2010. She has held the positions of Treasurer, Director of Sisterhood Activities, and Chapter President. During her final year in TBS, she became the Western District President. As an active sister, she was awarded the Distinguished Sister Award, Rose and Carnation Award, and the Baton.

After graduating from UCLA, Sarah continued her education at the University of Southern California. She earned her Master of Arts in Teaching and teaching credential, and she currently teaches 4th grade in Long Beach. In her free time, she teaches modern band, performs in her church handbell choir, and enjoys traveling.