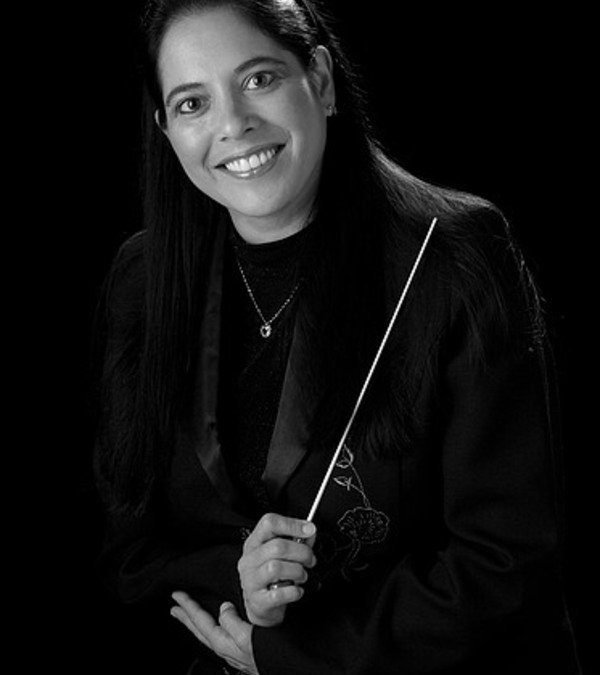 We mourn the loss of Dr. Joan DeAlbuquerque who passed away on September 6, 2021. Dr. DeAlbuquerque served as the National Vice President for Professional Relations from 2007-2011 and is an Honorary Member of the North Central District and National Chapter of Tau Beta Sigma. She was the 2016 recipient of the Johnnie Vinson Award and the 2017 Paula Crider Outstanding Band Director Award. Our thoughts are with her family during this time.

Joan attended Clintondale schools, graduated from Macomb Community College, and received her Bachelor of Music education degree from Michigan State University. She earned a Master of Music degree in Wind Conducting from Michigan State University, where she studied with John Whitwell. She earned her Doctorate in Wind Conducting at the University of North Texas while studying under Eugene Migliaro Corporon, and graduated with an impressive 4.0 GPA.

Joan was a great and caring musician and conductor, loved by all for her passion for music. She was a teacher, band director, adjudicator, conductor, professor, pianist, singer, flutist, and published author in music textbooks.

Joan’s bands performed internationally, including Norway, Spain, Iceland and notable locations throughout the U.S. including Disney Hall in Los Angeles. Joan also was a clinician in Israel, sharing her love of teaching music. An avid MSU Spartan football fan, Joan enjoyed watching the games, cheering on her team with her siblings and nieces through texts and phone calls.

Joan’s Catholic faith was an essential part of her life.”